Our project explored "How does the visibility of the micropayment counter affect user behavior?."  In the last few months, we have executed multiple experiments to study the effects of displaying a counter on users' level of willingness to fund the content maker.

Why counters, in the first place?
The project stemmed from the need to address the current challenges of content creators to attract and retain users and make their content work sustainable.

In a trend called "creator economy," creators currently develop monetization strategies in the hppes of covering their costs and allowing them to continue creating high-quality content.

We decided to rethink the different relationships content makers can foster with their community/individual users. Moreover, we asked what is the role of UX features in developing such relationships.

We focused on counters, UX widgets that traditionally have showcased number of viewers/funds, as means to both convey the content makers' popularity (or their need) and attract users' contributions.

The experiments help explain whether and how a content creators should disclose the income made from content by utilizing various counter widgets.

We are happy to report that we (Denisa Kera Reshef, Yotam Liel, and I) have gathered exciting and relevant insights to benefit the web monetization community. We have been reporting them often through the blog of Denisa Kera 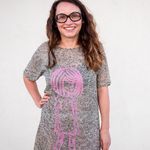 philosopher and designer interested in RegTech: how to implement ethical and regulatory guidelines into various infrastructures https://github.com/anonette/lithopia

In what follows, we will elaborate on our goals (original and new), findings, and plans.

Our original objectives/goals were to study the effects of the visibility of the micropayment counter, explore the UX challenges of sharing information of payment streams over the counter, improve the design and utilization of the counter for UX and define the future structure and technological challenges of
interaction over the micropayment counter.

We believe that we have been able through our experimentation to find out the effects of multiple counters strategies on users' contributions as well as explore UX challenges (including the decisions when and how to use them) to come up with actionable plans for newbie/more successful content makers.

In other words, our research period was primarily focused on learning 'which counter works the best and when'?

To do so, we added two mini-goals along the way. The first was to to develop a taxonomy around different user personas based on their reaction to content makers' contribution requests.
The second was coming up with a framework for different counter approaches based on the relationship models originally proposed by anthropologist Alan Fiske (more on this under "activities" below).

To reach comparable results, we narrowed down the scope of our research to requests that come after the first encounter with a specific content/content creator. This focus was due to our methodology (online controlled experiments) that cannot fully replicate the nuance of content maker-fan base behavior across time.

Interviewing the Fairmint start-up and learning best practices:  We incorporated in preparation for our studies, experience from the fairmint company, and the manner in which they have been incorporating the visibility of 'numbers' while avoiding the issue of pure vanity metrics

User survey: Our first step included running a survey on users' perception of counters and contributions. The survey reflected that people are significantly influenced by the current support, visible through a counter. When a maker requests users' donation for content they have enjoyed, the odds that those users will donate depends on how much money the content maker already made from the content. If content makers already attracted even hundreds in donations, odds become unlikely that they will also agree to sponsor that content. However, if the content has yet to earn any (or little) money for the creator, the willingness to pay is higher. If that sounds trivial, remember that past research in social psychology has shown how social proof (where you see others contributing...) is a great way to persuade others to follow suit. Our initial findings have contradicted that possibility. Moreover, we note that users who are also creators themselves tended to be more generous, hinting at a possible reciprocity effect.

Modelling counters using Fiske's Relational Models: as we noted, Fiske’s four modes of relationships (or RM’s – relational models) can help us understand how web monetization widgets and counters can express different social relations - Utilizing Fiske's models as a framework has allowed us to differentiate between different counter types.
For instance:
tip/gift without expecting anything in return: counter performing the generosity of content maker/stakeholder?
tribute and loyalty, gesture, tradition: counter - showing what a group of users likes & comparing commitment?
balanced, quid-pro-quo exchange: counter comparing what you give/gain from the community?

First set of experiments: We ran experiments that tested three types of counters: counters that display monetary funds, time spent, and the number of viewers, using different prompts that convey different relational models. Our results included exciting insights. For instance, the relative benefit of using a counter to display time spent on creating videos and working on content making (as well as time spent by users watching the videos) as a way to increase users' support. Money counters (displaying how much money contributed thus far did not draw as much support).

Second set of experiments: For the second set of experiments, we had people donate 'real money' to the content maker to increase experiment realism. Plus, we embedded dynamic counters in the videos themselves. These counters showcased a positive trend in the number of viewers (eyeballs) or funds (in USD). We compared it to a case where no counters were showed at all. We were surprised that the 'no counter' scenario fared the best. We then realized this is due to a similar phenomenon we noted in the survey in which users are mentally accounting 'how much the content maker is in need?'. In such a case, a counter showing an ongoing positive trend in funds lowers the wish of the focal viewer to contribute themselves. A positive trend of viewers yielded better results when compared with the money counter. It seems that content makers should utilize counters in the early stages of fundraising when the counter can visualize a clear need. In later stages, such visible success can indeed harm the attempt to raise more funds.

As we noted above, we made sure to communicate our findings live to the web monetization community. Throughout the research period, we have also participated in Mozzfest and discussed the research at a special episode of PowerPlays, a podcast by fellow grantee Ayden Ferdeline.

Counters can work great (in some cases, as we reported) to raise support for content makers. However, they are also part of a trend in which content makers are more transparent about their earnings and success (for better or worse). We would love to go beyond counters and examine how transparency of different kinds advocated by content makers can improve sustainability and communal relationships.

We enjoyed testing counters in controlled environments, but we would love now to see how community members operate "in the wild" when they wish to include some visibility to their monetization procedures. We want to hear the community members' experience with counters and with revealing to your audience key metrics about your success. We are here for your dilemmas, best practices, and content wisdom.

This research opportunity has been such a tremendous experience, and we were happy to find a vibrant community of fellow web monetization enthusiasts here. Especially we wish to thank team Akita for their input and guidance as well as well as to Rashon Massey and the Micopeia project for providing the content for our experimentations.

Special thanks goes to Coil and Grant for the Web team (Ayesha, Chris, and Erika and the entire team) for their ongoing support and kind words.

Looking For Nursing Assignment Help In The NZ

Once suspended, lior will not be able to comment or publish posts until their suspension is removed.

Once unsuspended, lior will be able to comment and publish posts again.

Once unpublished, all posts by lior will become hidden and only accessible to themselves.

If lior is not suspended, they can still re-publish their posts from their dashboard.

Once unpublished, this post will become invisible to the public and only accessible to Lior Zalmanson.

Thanks for keeping The Interledger Foundation Community safe. Here is what you can do to flag lior:

Unflagging lior will restore default visibility to their posts.