MOVA started with a relatively simple goal: to provide a way to connect a video with a Payment Pointer, which would share out income received to multiple parties –such as the creative team, funders, or influencers– in a precise, highly configurable way. It's got three parts which I'd like to introduce, presenting the challenges we faced with each and our respone:

The first part of this project, which connects a video with an ILP Payment Pointer (as well as a license and almost any kind of metadata) is done with a new Mac, Windows & Linux app called mova (with website: mova.claims). It lets filmmakers generate a fingerprint for their work, called an ISCC, which is a new open protocol somewhat similar to YouTube's Content ID, and that's currently going through standardisation approval with the ISO. 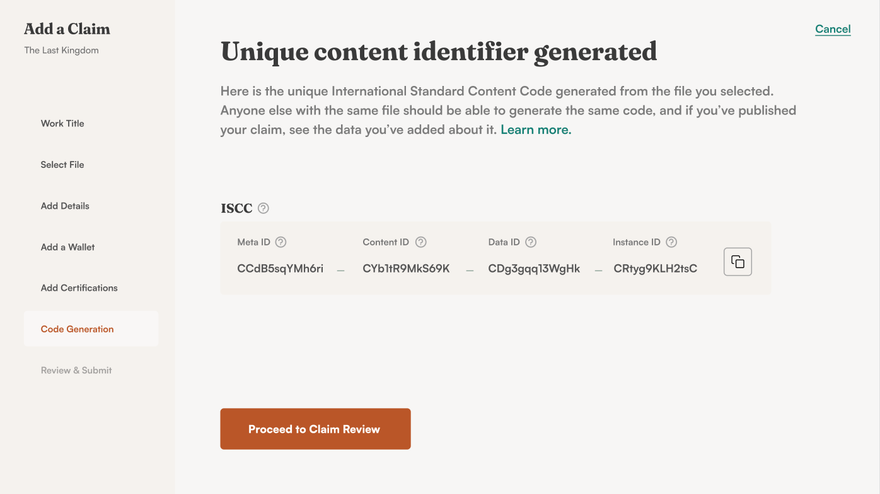 mova then registers these claims on a decentralised database co-owned and hosted by all users of the app, using a new technology called Holochain that, despite the name, isn't a blockchain. While it shares some similarites - it's a closed distributed database between only the app's users, without mining or Proof-of-work/stake and a much lower energy footprint. 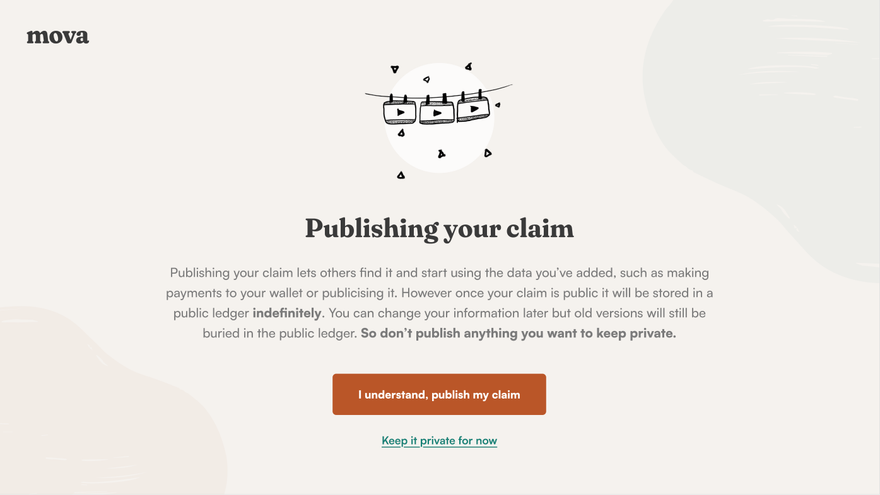 The challenge. Hands up, my understanding of distributed ledger technology was insufficient when this project started, especially this new and even more innovative system called Holochain. mova needs to work towards not just accurate copyright/ownership claims but handling legal (and moral) obligations around GDPR, hate-speech, pornography, extremist content, libel, and so on. With each area we've been struck regularly by the difficulty in not having a central point of total control over the dataset. We've built in basic moderation tools for administrators, but can't avoid the fact that once something 'illegal' is on any DHT, it's stuck there.

Our response There are techical sollutions on the horizon: Holochain is working on 'withdraw and 'purge' functions to erase claims from the DHT; meanwhile we've added a prototyype verified credentials layer to let 'certifiers' approve specic claims (below), we've also added domain-level verification of users (e.g. 'verified by filmcompanywebsite.com' will appear besides a name). We could also implement URL proxying by default. But for now we've taken a simple approach of shifting from a permissionless DHT open to all, to a permissioned DHT – in other words we're restricting access to publish with mova. For now that's people in our immediate network, but we will open applications to be a founding test user as soon as possible. Best to join our mailing list to hear about it first. 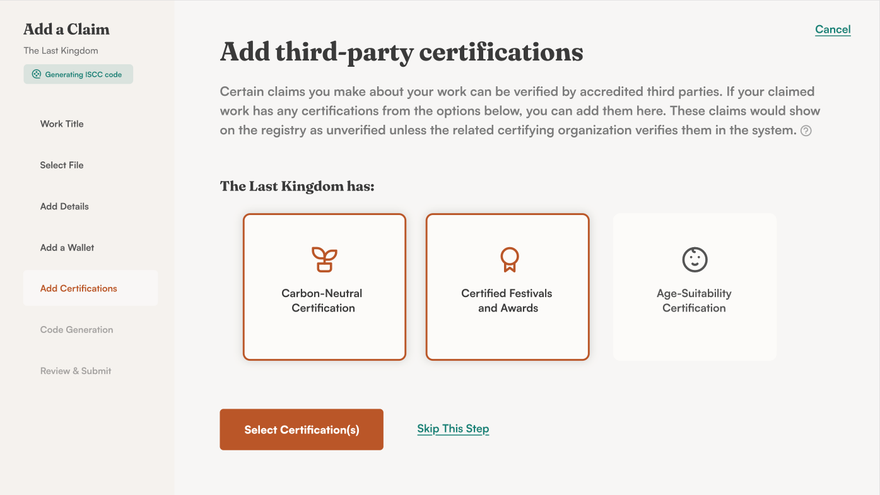 The second part of this project produces, stores and then pays out a precise and flexible revenue sharing plan for any income at an ILP Payment Pointer, and is a collection of technologies together presented at revenuesha.re. These include: 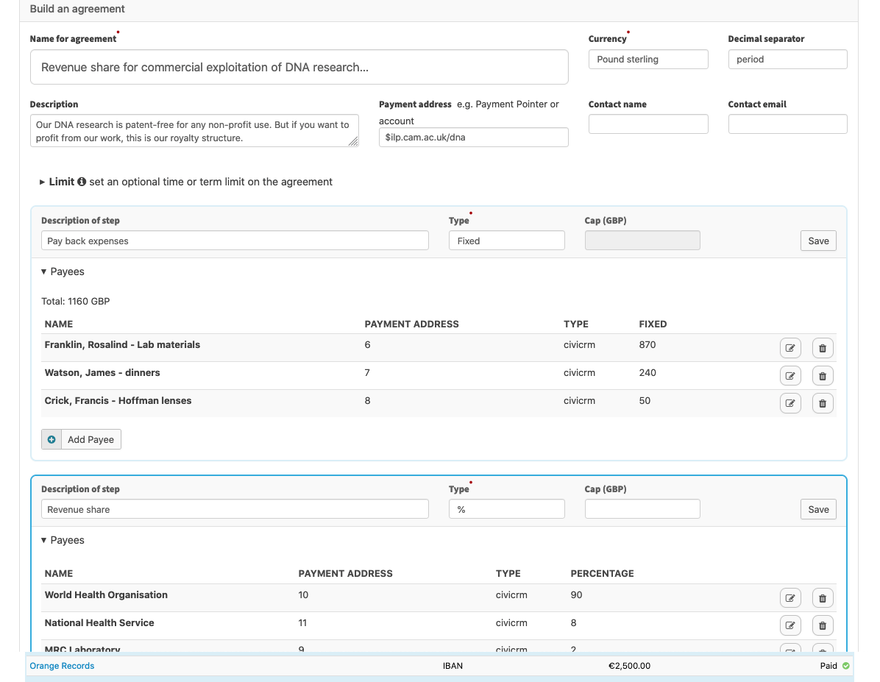 The challenge. Early on it became clear that much payout functionality would be better handled by the full Interledger Protocol once it's delivered by Rafiki in the coming months. We focussed on Uphold but just before New Year got the news that short-notice changes by the UK Financial Services Authority, meant that our application for an API key was being suspended until the end of March this year.

Our response. We've had to finish development of the create sub-account/check balance/pay contacts features with the Uphold API sandbox, which has limits on how much we can test integration with IBAN accounts and real Web Monetization balances. To handle this, Rich Lott (who wrote all the unit tests for CiviSplit and Cascade) - created a 'mock' for Uphold to test against what we think should be API returns. But as a result we're releasing now CiviSplit Agreement Builder and Processor - and holding back on CiviSplit Uphold until we've got a working API key and re-tested. If you want to be the first to know when that happens, join the mailing list. 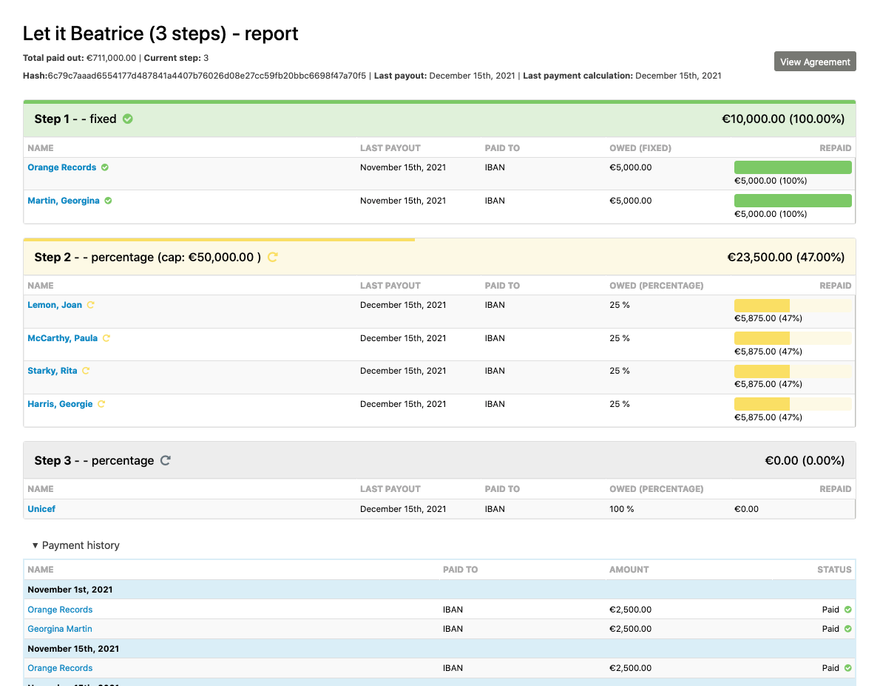 This part of the project was originally designed to showcase the other two, and we planned to use full-length interview rushes from documentaries to encourage a new form of Creative Commons Web Monetization for documentary makers around their unused assets (if they won't make their finished films Creative Commons, at least they could release the 'cutting room floor'. We built a demo site using Hyperaudio at screen.is/video - with rushes I'd filmed available under a CC license, all relating to CiviCRM - which we then shared with the community with Web Monetization. 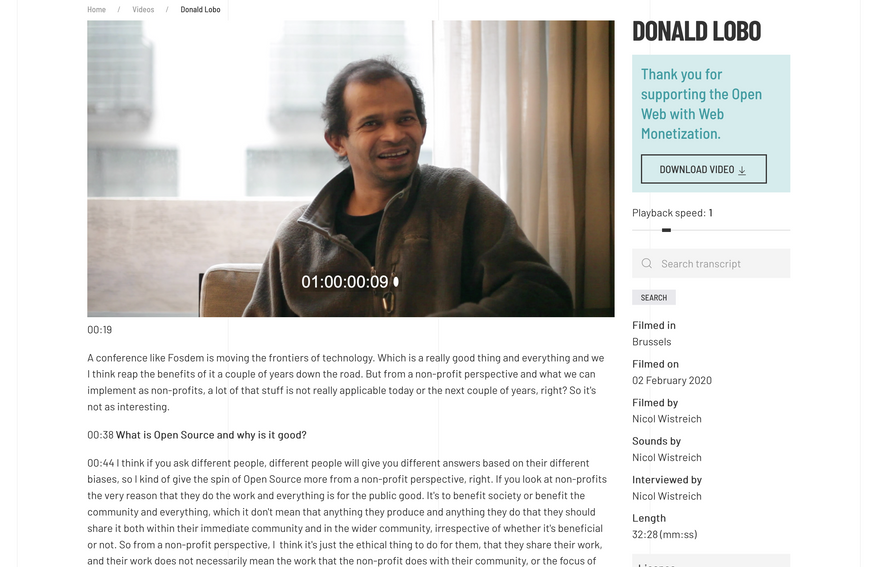 The challenge. Our attempts to persuade documentary makers to release their rushes wasn't successful. In depth conversations with two quite prolific production companies in London and New York – even with the offer of an advance on the income they might make thru WebMonetization led to resistence: including about whether their licenses would cover it, lack of understanding around the tech, the effort of rewatching those videos to check there was nothing legally problematic, as well doubt in the business model and potential viability of the approach. It was a reminder that the film and video sector famously often takes a 'jump second' approach to new technology-led business models; only when something is proven will they take a chance.

Our response. Given the difficult of finding Creative Commons video online (many of the more famous CC films are only available via a low-res download on archive.org) - we decided to focus on the rich library of potential CC material where we don't need to ask permission first. With the launch of Miles de Witt's GFTW-funded Peertube Web Monetization extension, and following our tests with the platform, we decided to focus on PeerTube instead. Open.Movie is designed to showcase Creative Commons video, giving 100% of the WebMo income to the filmmaker (or less if they want to donate towards our windmill-powered hosting). Our initial batch of videos are all focussed on open source technology and copyright, and we hope to keep curating the space thematically.

This led to another challenge - on testing PeerTube we early got two signups from users; the first uploaded a Slavic copy of the latest Maze Runner; the second a perfect hi-def version of Dune, one week before it's US & UK cinema release. Thankfully we didn't have auto-publish turned on, but it highlighted the challenges of decentralised video, and reinforced some of the motivations around mova. 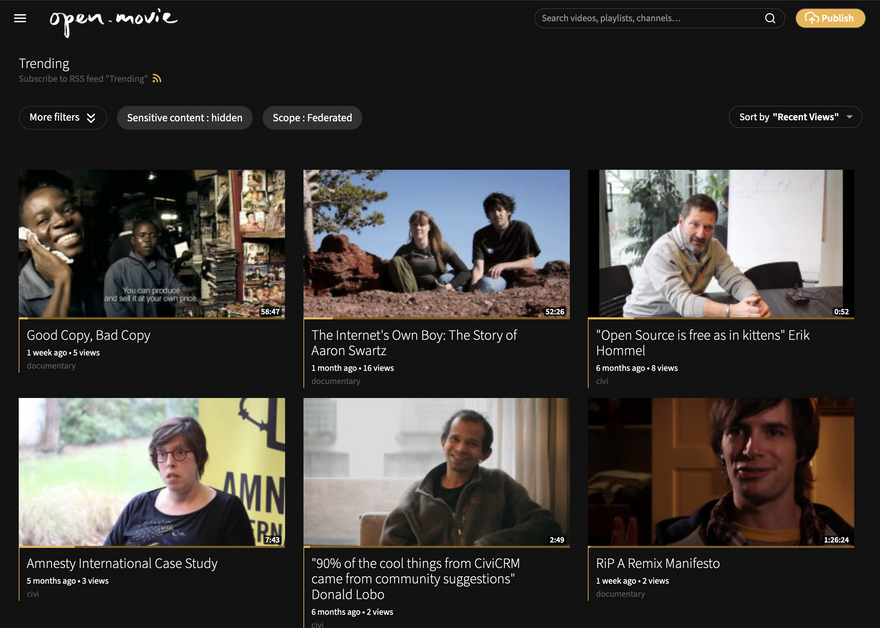 Linking these projects together is a fourth new website - OpenVideo.tech - to support and discuss open video, which has felt to me somewhat homeless since the last Open Video Conference in New York in 2011.
OVT has a Gitlab and Mattermost discussion server - we're definitely not evangelical about our own tools, so if anything we're doing resonates with you (even if it just makes you say, that's daft) then please say hi!

Both our projects have been technically demanding and our focus has been on getting to the point where we can demonstrate them publicly and let people test them independently. In other words, our comms plan is largely just beginning (this article will be first Tweet from @openvideotech, for e.g.).

We have done some limited marketing, including:

There's also been some broader blogging around Web Monetization on Netribution:

I'm very grateful to the GftW team for their support throughout this process, and for making the award. The tech projects and libraries we're building on are many – and my gratitude there runs really deep. I'm also in awe of the work of our team - and indebted to many people who've helped along this journey, which goes back some years.

MOVA is a project to help filmmakers benefit from Web Monetization with a revenue sharing tool, and an International Standard Content Code registry.

Once suspended, mova will not be able to comment or publish posts until their suspension is removed.

Once unsuspended, mova will be able to comment and publish posts again.

Once unpublished, all posts by mova will become hidden and only accessible to themselves.

If mova is not suspended, they can still re-publish their posts from their dashboard.

Once unpublished, this post will become invisible to the public and only accessible to Nic.

Thanks for keeping The Interledger Community 🌱 safe. Here is what you can do to flag mova:

Unflagging mova will restore default visibility to their posts.