The Interledger Foundation Community is a community of 1,322 amazing users

It's been almost two months since the start of my project with GftW and I'm happy to show a little bit of what I'm currently working on. 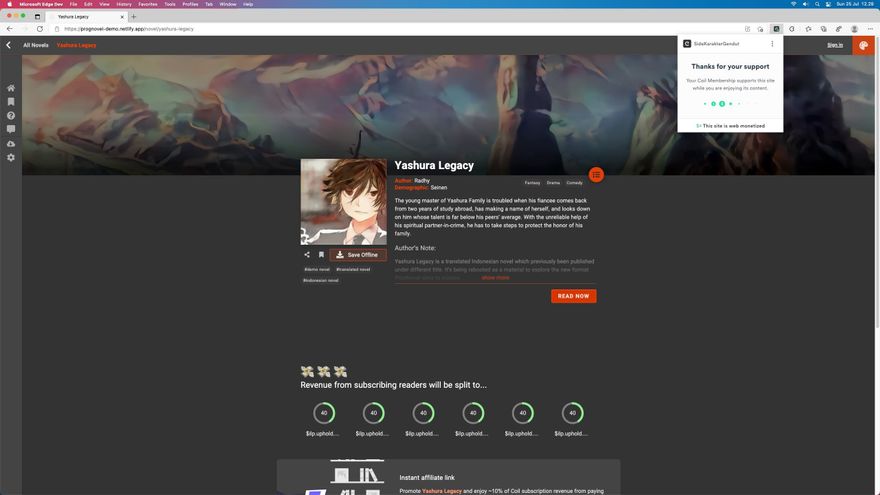 Since the start of ProgNovel, revenue share with Web Monetization has been one of the main feature of ProgNovel - which, additionally, has been expanded and explored to ProgNovel's experimental affiliate marketing system (which soon will be receiving a design overhaul!). As the star feature of ProgNovel, revshare is getting a little love, with the emerging revshare stats that will be the main focus of an UI that readers, creators, and contributors to check how revenue from Web Monetization API will be distributed.

Don't be fooled by the same 40 numbers above; they'll show everyone's share later on, as this is still a WIP feature, there's still tons of things to do! ProgNovel will be launched at the end of my project's grant duration which is around the end of this year; and by that time, the final product of how revshare is gonna look in ProgNovel will be finalized.

EDIT 1 - 26 Jul, 2021:
I managed to add overlay'd avatars today though it still not reflecting real users' avatars. I reckon I'd integrated them with Gravatar service, though that I must edit a big chunk of the ProgNovel backend to do that.

EDIT 2 - 7 Aug, 2021:
I returned to tweak my library WebfundingJS (formerly Fundme.js) to create revshare stats and leaderboard feature instead developing it to ProgNovel, allowing me to re-use the works I've done on revshare later in the future.

The current screenshot of revshare stats in ProgNovel, which is about to be done with some details left to fill. 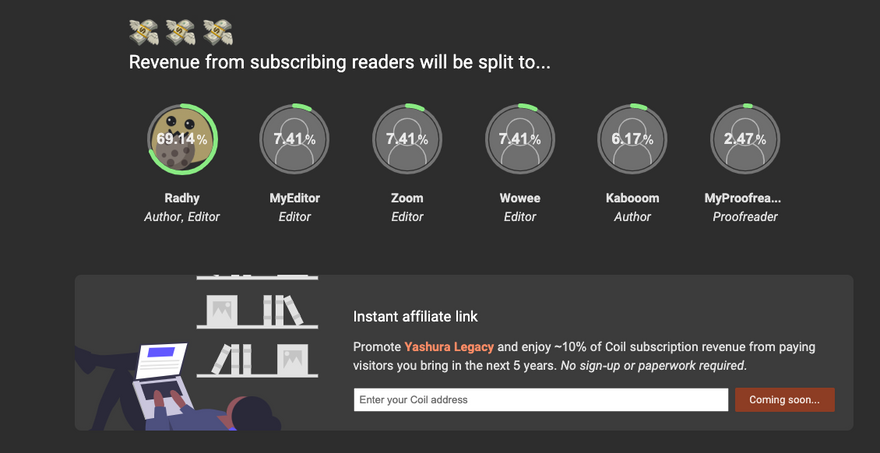 The Costs of Creation: What is a Desirable Future for Monetised Online Work? — Grant Report #1

Thanks for keeping The Interledger Foundation Community safe. Here is what you can do to flag prognovel: