Third year of the Web Monetization category in the js13kGames competition ended up with 30 submitted games out of 223 total - let’s have a closer look and see how the monetization was actually implemented in the best ones.

Thanks to the Grant for the Web and Coil the Web Monetization category was held third year in a row. It was introduced in 2019 and resulted in 48 entries out of 245 total, and continued in 2020 with 36 entries out of 227 total. First year felt like a good introduction, while the second was already an evolution of what’s possible. Third year brings yet another fine collection of monetized games - let’s see how the approach changed compared to previous years.

The list below contains this year’s top 10 entries, and we’ll be looking closer into top 5 games - keep in mind this ranking is entirely based on how well (in an original, creative way) Web Monetization API was implemented, not about the games themselves. 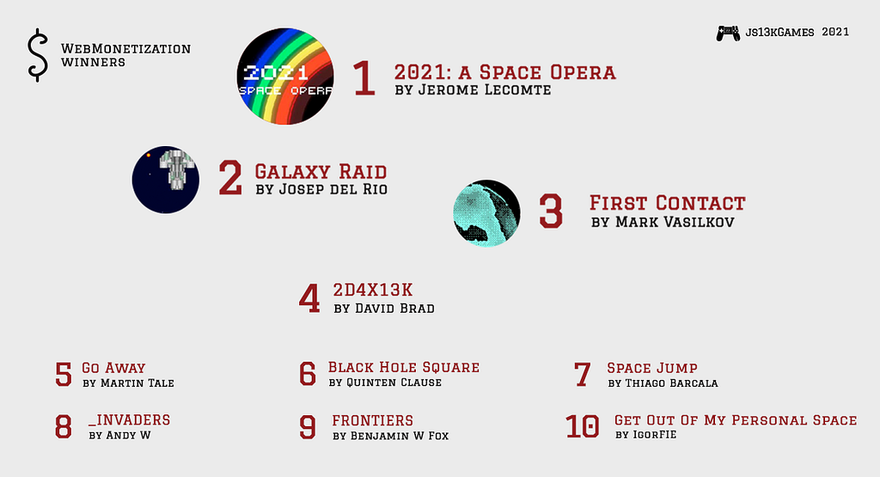 First place is 2021: a Space Opera where a player have to bring harmony to the Cosmic Microwave Background by solving each planet’s musical puzzle. Within the game, Coil subscribers get exclusive markers under each ring indicating if notes are correctly placed or not. 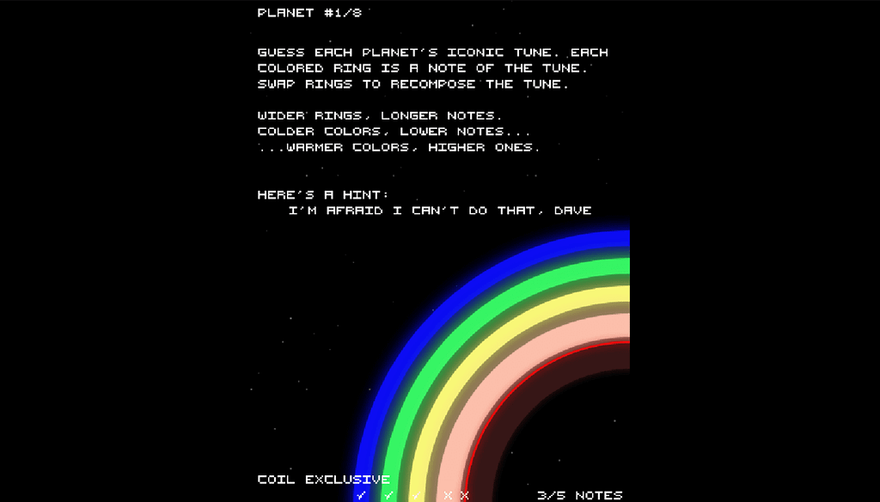 Nathan Lie : Relaxing and nostalgic game that goes through sci-fi’s greatest hits. The puzzles are difficult if you’re not musically inclined, but the Web Monetization bonus really goes a long way here for players that have trouble with musical cues.

Thanks to this approach the player don’t need to feel frustrated when their first attempts fail, and can switch to the easy mode right away. This is of course optional, and could be chosen only if needed.

Easing the gameplay was a good path to follow last year already, where the winner, Ninja vs Evilcorp, allowed monetized users to play the game with the lowest difficulty level - Practice mode. As someone who have less and less time to play and prefer “story mode” experiences over grinding, those design decisions are happily welcomed.

Second place is Galaxy Raid, a game where you have to fight your way through 6 different missions; collect fragments and upgrade your ship - Coil members can customize their ship color, claim 1,000 fragments, and unlock all missions. 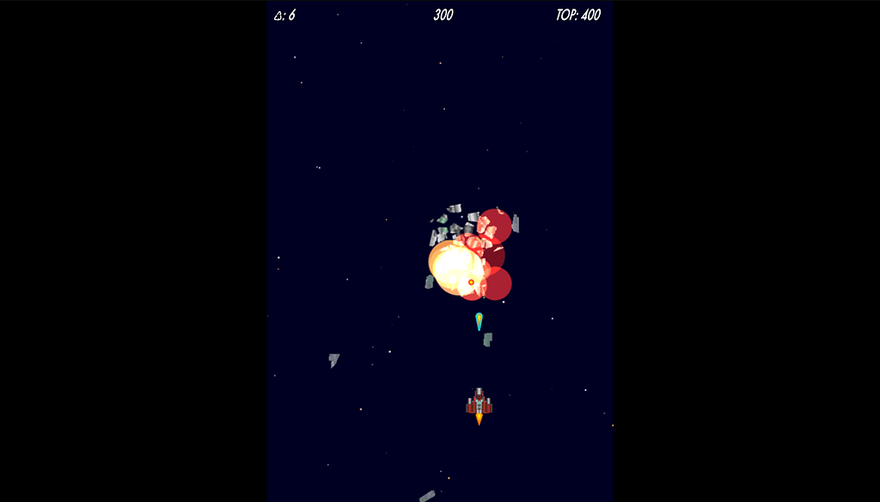 Ewa Mazur : Everything is well marked - both subscriber and non-subscriber can read right a way what a bonus is. You can clearly see when options are available and when they are not. It’s nice that there are several bonuses - the subscriber can decide for himself which to use. Bravo - the perfect implementation of Web Monetization.

As you can see, stating what is the bonus for both monetized and non-monetized users is important, and offering a few different, optional bonuses to chose from only helps. This way, even if the player is currently not monetized, they can make a conscious decision to become one if the bonuses are good enough for them.

Third place is First Contact - the story of a first contact with an alien space fleet descending towards the Earth. Man the cannons, research upgrades, unleash the AI, ruin the global economy, rain fiery destruction upon the invaders. Coil integration offers in-game Dogecoins for quick start. 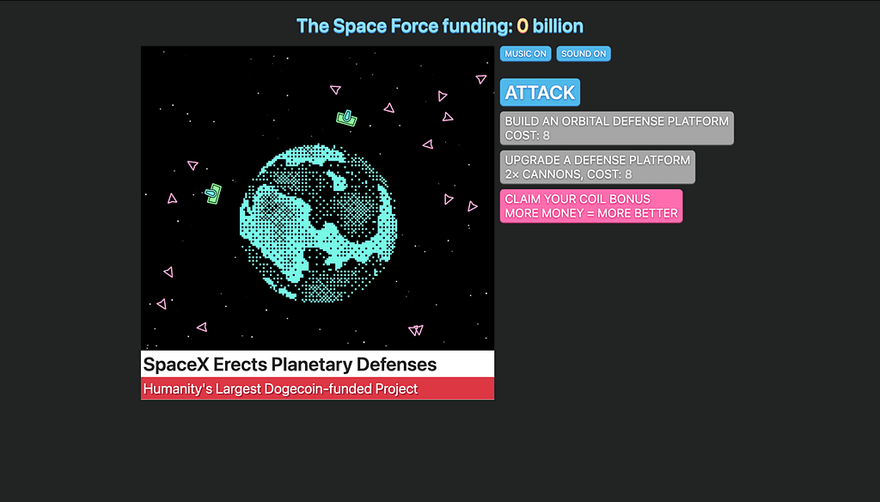 Nathan Lie : Great game with witty, cynically satirical humor, an addictive clicker element, and nice music. I liked that even though it was a clicker game, it didn’t devolve in a massive numbers game and instead focused on showing the player a humorous little story instead. The Web Monetization bonus was a nice way to kick off the plot for this game as well.

Another good example of clearly showing the bonus that the player receives if they are monetized, so it’s hard to miss.

Fourth place is 2D4X13K - a game where you’ll need to mine resources, research stars and planets, and outfit your ship to get the job done. Coil subscribers get access to a stronger starting vessel, the Abandoned Imperial Cruiser. This ship starts with all systems at level 1. 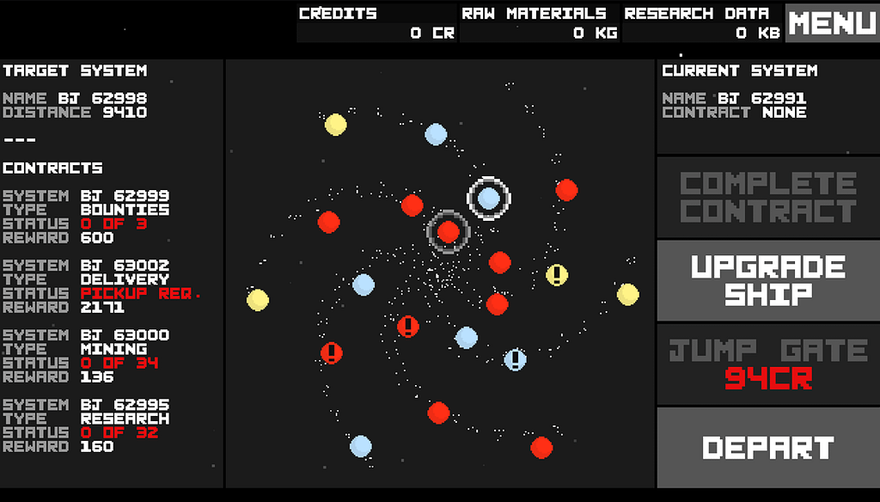 Ewa Mazur : Very nice, clearly marked info about subscription bonus. Same thing for for non-subscribers - clear info about what they are missing. Nothing more nothing less. Way to go.

See the pattern already? Last year’s entries many times were missing this entirely, or putting it only on the entry’s page and not in the game itself. This is definitely the biggest improvement between 2020 and 2021.

The Web Monetization bonus was effective in getting the player started in exploring this vast world, so “make the game easier (at the beginning)” approach was there as well.

Fifth place is Go Away, which is a space world card game where you defend worlds from asteroids, planets and various other enemies. Web Monetization using Coil unlocks 4x speed in game as well as special 4th world (Death Star) when you have beaten 3rd world (Mars). 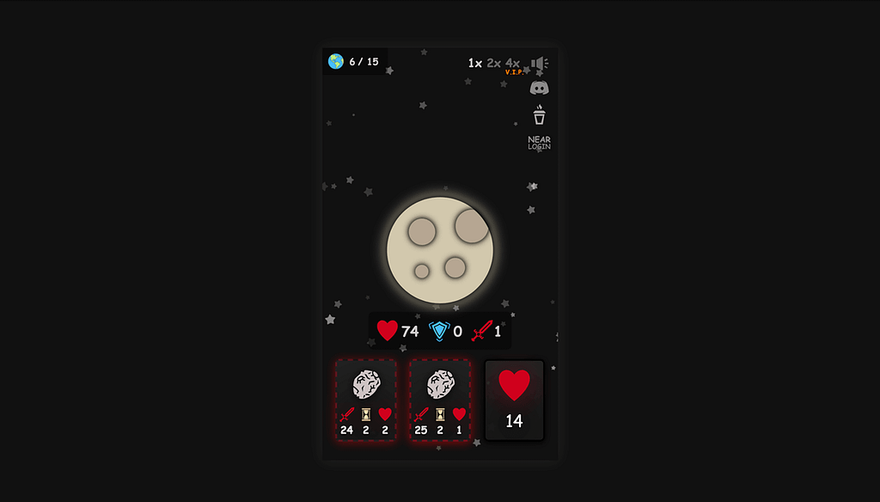 Nathan Lie : Really addicting card game that uses randomization well to tempt the player with the chance of victory once the enemy starts bringing out the big guns. The music and sound effects really lend to the addictiveness of the game, and the Web Monetization feature compliments that perfectly.

A very nice implementation of the Web Monetization bonus, which offers speeding up the gameplay at the start and a unique world to play through further in the game.

Not knowing what the actual bonus was for the monetized players (showed to both monetized and non-monetized users) was the biggest issue of last year’s entries, which clearly improved this time. The notion of making the beginning of a game easier carried on and expanded - this shows the evolution of how Web Monetization API is being implemented.

I’m always amazed by the creativity of the competition participants, and feel inspired whenever I play the games they submit. I hope Web Monetization will become more mainstream, and will help developers earn solid income for their creations!

What do you think is the biggest barrier for people to adopt Web Monetization?

Once suspended, end3r will not be able to comment or publish posts until their suspension is removed.

Once unsuspended, end3r will be able to comment and publish posts again.

Once unpublished, all posts by end3r will become hidden and only accessible to themselves.

If end3r is not suspended, they can still re-publish their posts from their dashboard.

Once unpublished, this post will become invisible to the public and only accessible to Andrzej Mazur.

Thanks for keeping The Interledger Community 🌱 safe. Here is what you can do to flag end3r:

Unflagging end3r will restore default visibility to their posts.