The Interledger Foundation Community is a community of 1,323 amazing users 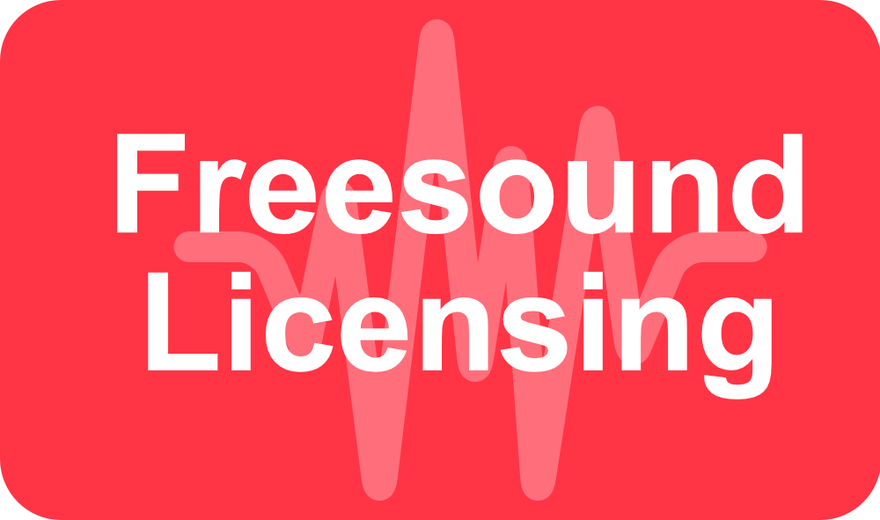 Freesound Licensing's goal is to provide a service to users who upload Creative Commons sounds to Freesound that will allow them to re-license the sounds to 3rd parties that need to use the sounds under terms not allowed by the original Creative Commons licenses. The goal is to provide a solution to the typical problem of someone wanting to use a CC-BY-NC sound from Freesound in a commercial project. Freesound Licensing will mediate between that someone and the sound author to generate a new license in exchange for a payment. This will benefit both uploaders and downloaders, but also, by keeping a small share of the license payments, Freesound Licensing will contribute to the sustainability of Freesound.

Freesound Licensing is an experiment that wants to demonstrate that a sustainable and fair model can be built on top of Creative Commons works that will benefit both users of Freesound and the Freesound platform itself, while maintaining intact the sharing and reuse spirit of the platform.

We are in the first phases of implementation for Freesound Licensing, and expect to launch an early version of the system by the end of 2021. As grantees from Grant for the Web, we have been able to dedicate some resources to the integration of Web Monetization technologies with our platform and are planning on providing support for it.

We are the Music Technology Group (MTG), a research group of Universitat Pompeu Fabra. Among many other projects, at the MTG we make Freesound, and we're starting now the Freesound Licensing project. With the Freesound project we have been contributing to the world of Creative Commons audio for more than 15 years. We have also leaded related initiatives like the EU-funded Audio Commons project, which was aimed at the promotion and development of technologies to bring Creative Commons audio closer to the creative industries.

Hello everyone! I'm excited to be here :)

The Ad-Free Web for Designers

Once suspended, ffont will not be able to comment or publish posts until their suspension is removed.

Once unsuspended, ffont will be able to comment and publish posts again.

Once unpublished, all posts by ffont will become hidden and only accessible to themselves.

If ffont is not suspended, they can still re-publish their posts from their dashboard.

Once unpublished, this post will become invisible to the public and only accessible to Frederic Font Corbera.

Thanks for keeping The Interledger Foundation Community safe. Here is what you can do to flag ffont:

Unflagging ffont will restore default visibility to their posts.