The Interledger Community 🌱 is a community of 1,429 amazing users 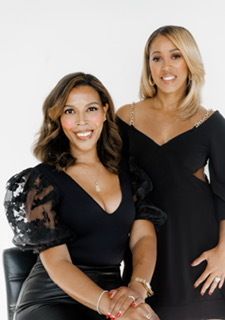 We launched our platform, Black in Color, in January with a collection of art by artists who used their work as a form of activism. We featured Sophia Dawson, Brooklyn-based portrait artist, for the month of January. In February we featured Zeph Farmby and then Sophia Dawson for the month of March. The project, overall, was well received. And piqued interest in web monetization. We found that not only were the artists interested in how to monetize their work outside of the traditional model, but consumers wanted a better understanding of how to utilize web monetization.

Take a look at the featured artists' galleries:

We used social media as a means to reach a larger audience to attract them to the site. We utilized the artists on our social media to entice followers to want to learn more about them and to engage with their work on the site. We also encouraged the artists to highlight the work they were doing with Black in Color on their social media. We hired a social media strategists to develop a plan to use social as a means to drive to drive traffic to our site. Additionally, we hired a publicist who was successful in getting the project featured. See below links of articles:

We will revisit the theme of identity and how it shapes the work of the artists that we feature on our platform. Our next featured artist, Maria-Lana Queen will be featured starting in April. Along with web-based component, we are planning to host in-person curator-led artist talks. We are hosting a conversation with black women artists on Martha's Vineyard in August.

Web Monetization missing on Wiki: Let us change that in an editathon

Once suspended, theblackartistcoll will not be able to comment or publish posts until their suspension is removed.

Once unsuspended, theblackartistcoll will be able to comment and publish posts again.

Once unpublished, all posts by theblackartistcoll will become hidden and only accessible to themselves.

If theblackartistcoll is not suspended, they can still re-publish their posts from their dashboard.

Once unpublished, this post will become invisible to the public and only accessible to Lola Wood .

Thanks for keeping The Interledger Community 🌱 safe. Here is what you can do to flag theblackartistcoll:

Unflagging theblackartistcoll will restore default visibility to their posts.