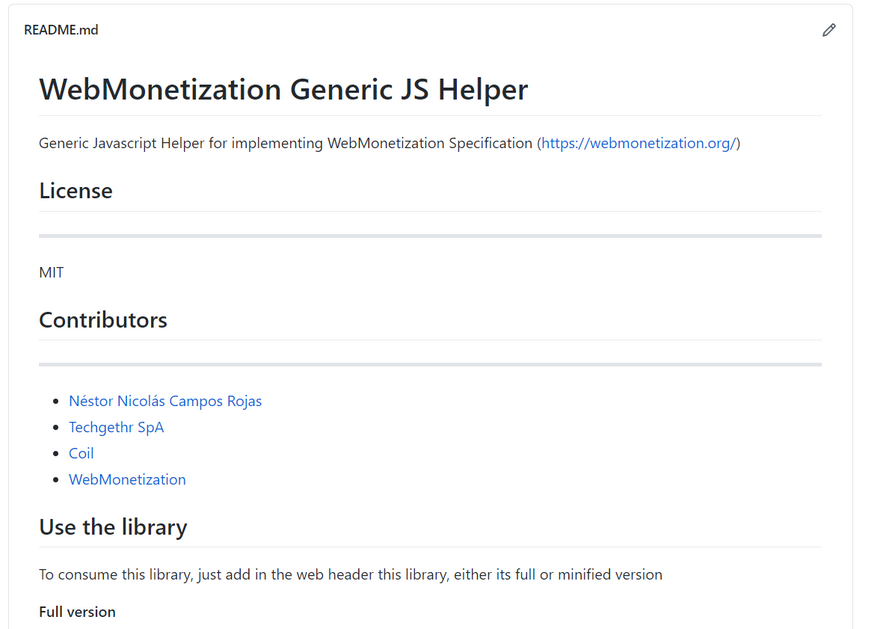 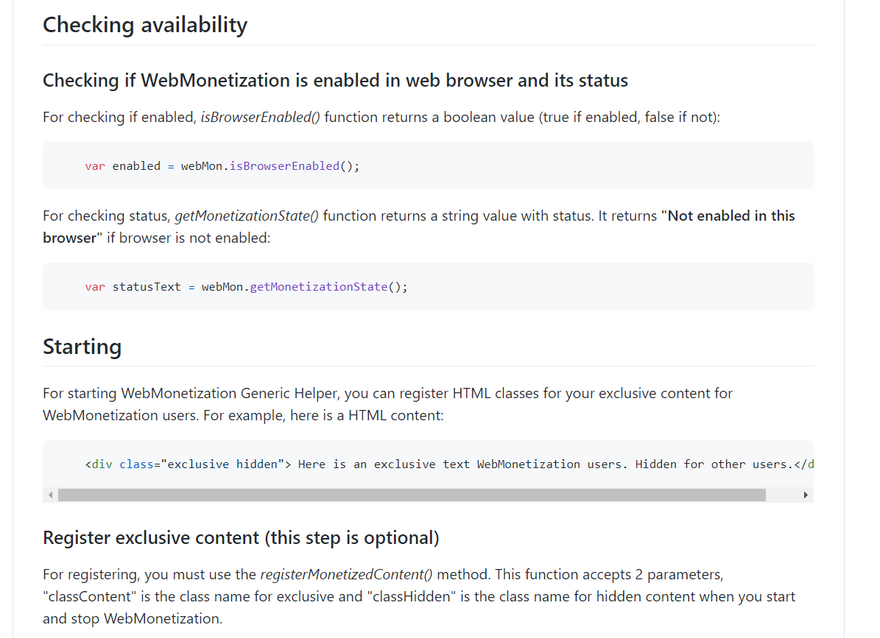 This project is about designing helpers for different libraries in Javascript, to simplify the use of WebMonetization in new applications. Along with this, it involves promoting these technologies through events and hackathons, starting in Latin America.

The expenses incurred so far have been sent to the team. In this project, most of the fund goes to human resources participating in the different parts of the project.

We have created a community in meetup and the events will start soon. 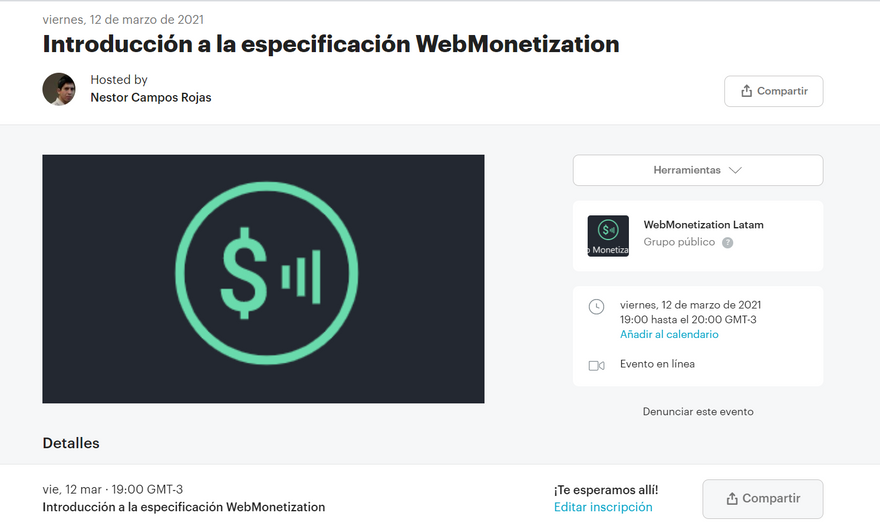 We are preparing a couple of hackathons so that the community in Latin America and students from all over the world can design applications taking advantage of the libraries we are building.
The amount allocated to marketing has so far been used to acquire the meetup.com plan (US $ 10) and the rest of the amount we are ordering to generate prizes for the hackathons.

We are closing the development of the helpers for other Javascript libraries, Vue.JS, Angular and React.
In addition, in parallel, the team is building examples with the technologies we are using to facilitate the community to understand and use our developments.
In addition, we are fine-tuning communication details to publicize the first hackathon (it will start in late February) so that the community can learn about WebMonetization.

The main objective of the project is based on technologies and events being able to participate as many people as possible, so the community can test our developments and promote the events found in the links below.

Once suspended, nescampos will not be able to comment or publish posts until their suspension is removed.

Once unsuspended, nescampos will be able to comment and publish posts again.

Once unpublished, all posts by nescampos will become hidden and only accessible to themselves.

If nescampos is not suspended, they can still re-publish their posts from their dashboard.

Once unpublished, this post will become invisible to the public and only accessible to Nestor Campos.

Thanks for keeping The Interledger Community 🌱 safe. Here is what you can do to flag nescampos:

Unflagging nescampos will restore default visibility to their posts.