Our project was a microgrant program that funded designers of marginalized identities to make web monetized games via Story Synth.

We kicked off our microgrant program last winter and had a strong first wave of applicants. Over the course of the spring and summer continued to promote the program at conferences and on social media. We’ve since approved and disbursed 100 microgrants of $300 each, all going to game designers of marginalized identities. The majority of our grantees have finished their games and many others are in the late stages of playtesting. We’ll remain available to help the remaining designers finish their games.

We’ve also added a number of extra features in response to grantee requests, taken steps to increase platform security and accessibility, and made the platform more approachable and flexible for first time game designers. 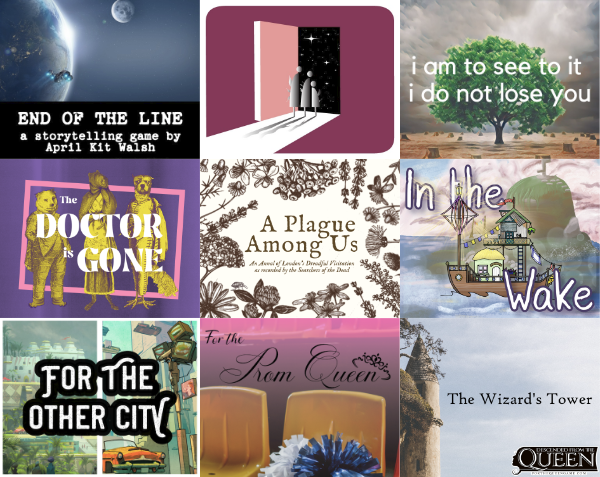 We have a few observations on our grantees’ use of web monetization features:

All objectives are complete

Objective: Approve 100 microgrants of $300 each

Details: All microgrants have been approved and disbursed. Our team is still available to help grantees who have questions and are still working to complete their games. See below for two charts showing the composition of the micrograntees and their current progress toward finishing their games. 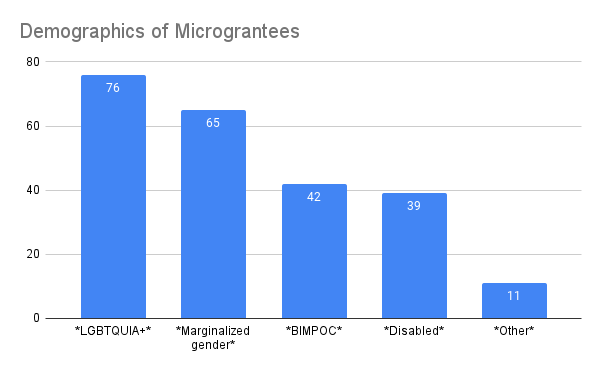 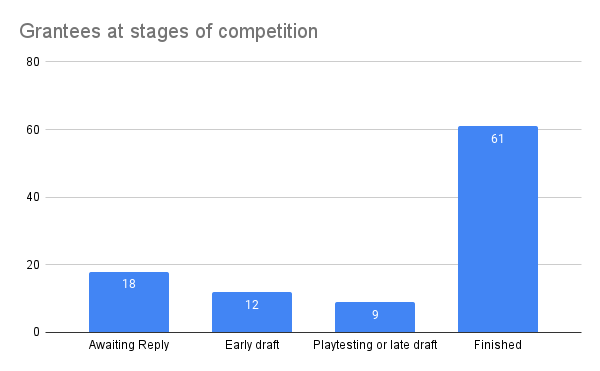 We did our initial promotional blast on social media, throughout marketing lists, and through our websites (Big Bad Con’s launch announcement, information page with application link). We also posted information on the project to several targeted communities of game designers on Slack and Discord.

We pitched several journalists and were covered in a Gizmodo article: How a New Wave of Grants Is Building a More Diverse Tabletop Scene

Several of the grant recipients talked about their experience during a panel at Big Bad Con Online: Designing in Tandem

Some of our micrograntees are still working on their games so we’ll be providing technical help as they get closer to completion. Beyond that we’re excited to work on a long list of feature requests including new formats, extensions, and more – our micrograntees are super creative and we’re excited to support them! As the web monetization standard evolves we look forward to adding ways to support it on our platform.

Once suspended, randylubin will not be able to comment or publish posts until their suspension is removed.

Once unsuspended, randylubin will be able to comment and publish posts again.

Once unpublished, all posts by randylubin will become hidden and only accessible to themselves.

If randylubin is not suspended, they can still re-publish their posts from their dashboard.

Once unpublished, this post will become invisible to the public and only accessible to Randy Lubin.

Thanks for keeping The Interledger Community 🌱 safe. Here is what you can do to flag randylubin:

Unflagging randylubin will restore default visibility to their posts.