The Interledger Community 🌱 is a community of 1,440 amazing users

What do we want? Openly accessible, quality design content! When do we want it? Well, permanently, actually…

Earlier this month, whoops and hollers rang out from Prototypr HQ as we became awardees of a flagship grant from Grant For the Web/Interledger — and we’re planning on doing great things with it.

We’re developing Prototypr to be an inclusive, privacy-first publishing platform that rewards our contributors whilst democratising design education. Contributors will be in with a chance of winning monthly rewards for their top-notch writing. And we haven’t forgotten about our readers; we’re exploring ways to reward our readers involving unique artworks, collecting tokens, and leaderboards — earn as you learn. 🤓

So we’re stripping things back to basics: simple, legible, and most importantly free content, unburdened by paywalls or trackers, and managed entirely by you. But more on that later. If you want to be the first to know, pop your email down below.👇

Let me take you back to the days of yore, when the internet was all Napster, Neopets, and poorly-coded websites about which member of 5ive was the cutest. (Scott, duh.)

But even back then, it seems we were doing something right. Information on any topic could be found readily and freely, with no hidden nasties; people were eager to share their knowledge and experiences just for the joy of it, creating a first-of-its-kind, online, collaborative community.

Where did it all go wrong?

As we’re pushed from paywall to paywall, fighting off pop-ups, navigating cookie consent and being pigeonholed into having to create yet another account, today’s online community is beginning to feel a little more like the kid at school covering his notebook so you can’t see… unless you’re willing to share your cookies.

Let’s start sharing for the joy of it again.

Max Böck has spun some words of wisdom, and I’m not just saying that because he agrees with me. Max ruminates on how today’s websites are designed to extract something from you, be that analytics, personal info, or money.
It’s no longer about what the web can offer you, but what you can offer the web, as perfectly (and humorously) demonstrated by User Inyerface.

This is the web as envisioned by late-stage capitalism: a giant freemium game where absolutely everyone and everything is a ‘digital asset’ that can be packaged, bought and sold. – Max Böck

As witty as it may be, there’s a sinister Black Mirror-esque undertone running throughout this parody…but this is the web we’re living in. In the words of Yeezy, ‘do anybody make real shit anymore?’

And what of Facebook? “But it’s free!” I hear you cry. Well, if the old adage is anything to go by, that would make you the product.

And is it even really free, anyway? As well as the many, many, (many) hours of my life it’s sucked into the abyss, Facebook has also taken pretty much every piece of data that makes up who I am, right down to my stripper name. A pretty big cost, if you ask me (Fuzzy Richards).

In this culture, the task of the self-appointed web hustler is to build something fast & cheap, then scale it as much as possible before eventually cashing out. – Max Böck

But it’s #NotAllSites! Take Wordle; I mean sure, it was sold to the New York Times for upwards of a million dollars earlier this month, but surely their intentions are pure? 👹 To be fair to him, creator Josh Wardle (see what he did there?) did state that the game would remain free and that the (multi-million dollar, advertising giant) broadsheet’s values were aligned with his.

In any case, Wordle is (or was) the perfect example of a creator making something for the joy of it, and then sprinkling that joy around the web like confetti, and subsequently creating a global community of excited, frustrated, would-be wordsmiths — just because.

On an unrelated note, here’s an entirely pointless but devastatingly cool tool that generates your Wordles into townscrapers, because why the hell not. 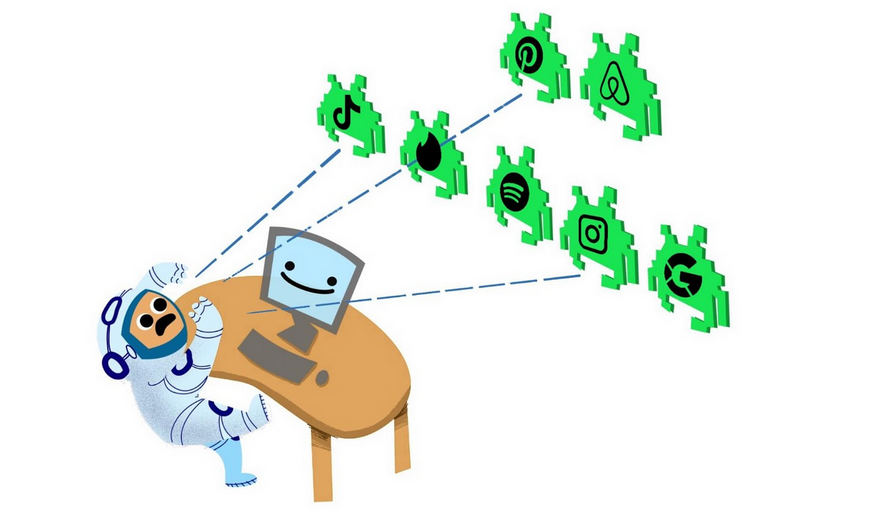 This just in: Google Analytics has been deemed unsafe for use by French data protection authorities, citing a breach of Article 44 of the General Data Protection Regulation (GDPR).

A TL;DR of the statement issued by CNIL: A French website utilising Google Analytics has been given a month to stop using it under current conditions, as sharing European data between countries with lower privacy laws is not permitted as per data protection regs — and the US isn’t exactly known for its care of sensitive data…outside of Area 51.

This follows a similar scenario in Austria, and in the absence of a new EU-US data deal, other countries may follow. (And check out what went down in Germany involving the violation of an EU privacy law thanks to Google Fonts.)

It’s interesting to see that the different European data protection authorities all come to the same conclusion: the use of Google Analytics is illegal. - Austrian lawyer and privacy activist Max Schrems

Cue Meta and a cheeky little non-threat about withdrawing their services in Europe if the GDPR continues to prohibit them from filtering data back to the US. Europe’s response?

“After being hacked, I’ve lived without Facebook and Twitter for four years, and life has been fantastic.” — German Economy Minister Robert Habeck
“I can confirm that life is very good without Facebook and that we would live very well without Facebook. Digital giants must understand that the European continent will resist and affirm its sovereignty.” — French Finance Minister Bruno Le Maire

Go on, Europe! But also please stop. How else will I remember my mum’s birthday?

However, I think we can safely call their bluff as the bottom line is there is simply too much money at stake, and after an eye-watering $230bn loss in market value earlier this month (the biggest one-day loss ever by a US company), Meta ought to be plugging leaks where it can (no pun intended). 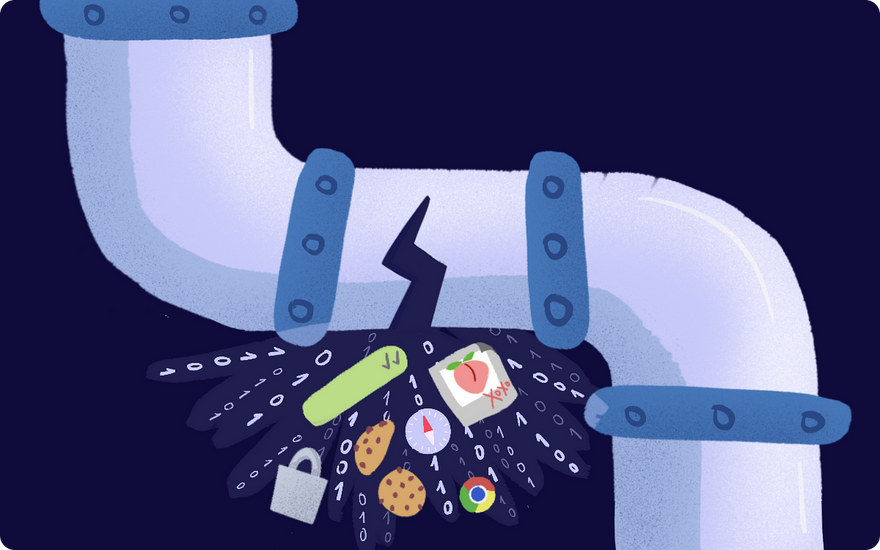 It’s the symptom of a culture that sees the web purely as a business platform. Where websites serve as elaborate flytraps and content as bait for unsuspecting users.

The tyranny of the Meta family of apps may well be grinding to a slow halt regardless as Facebook recorded a loss of approximately half a million users during the last 3 months of 2021, indicating that user growth has peaked. Sad news. In slightly less sad news, Zuckerberg’s personal wealth has taken a $29bn hit as a result.

Be part of the movement and help define the future of Web3 at Prototypr. Contribute your articles and get featured at: hello@prototypr.io, and follow us on Twitter.

Once suspended, prototypr will not be able to comment or publish posts until their suspension is removed.

Once unsuspended, prototypr will be able to comment and publish posts again.

Once unpublished, all posts by prototypr will become hidden and only accessible to themselves.

If prototypr is not suspended, they can still re-publish their posts from their dashboard.

Once unpublished, this post will become invisible to the public and only accessible to sophie.

Thanks for keeping The Interledger Community 🌱 safe. Here is what you can do to flag prototypr:

Unflagging prototypr will restore default visibility to their posts.