After reporting our findings on people’s preferences and views on online content monetization models in the first part of our report, we now turn to discuss the topic of value-related considerations in content consumption choices.

First, we examined to what extent people are mindful of the values and beliefs of the content creators whose content they consume and of the sites they browse. We asked participants to rate their agreement with the statements: "I consume content by creators who share my own values and beliefs", "I choose to go to sites that reflect my values and beliefs", and "I do not go to sites that support values that I disagree with". The results show that people indeed pay attention to the alignment between their values and beliefs and the values promoted by the sites they go to and the creators whose creations they read or watch. Above 75% of the participants reported that they choose to consume content by creators who share their own values and on websites that reflect those values. Additionally, approximately 50% of the participants agreed that they avoid visiting sites that support values they disagree with. Interestingly, those who politically identify as centrists were less likely to agree with these statements than those identifying as liberals or conservatives.
To study this question from another angle, we also measured how people’s political preferences affect their likelihood of watching videos from certain creators. The results here strengthen our previous findings. As shown in Figure 1, when asked if they would watch a video about climate change published by the DNC (Democratic National Committee) official YouTube channel, democrats replied positively and republicans negatively. However, as expected, when the topic was gun regulation and the publisher the NRA (National Rifle Association), republicans responded more favorably and democrats negatively. 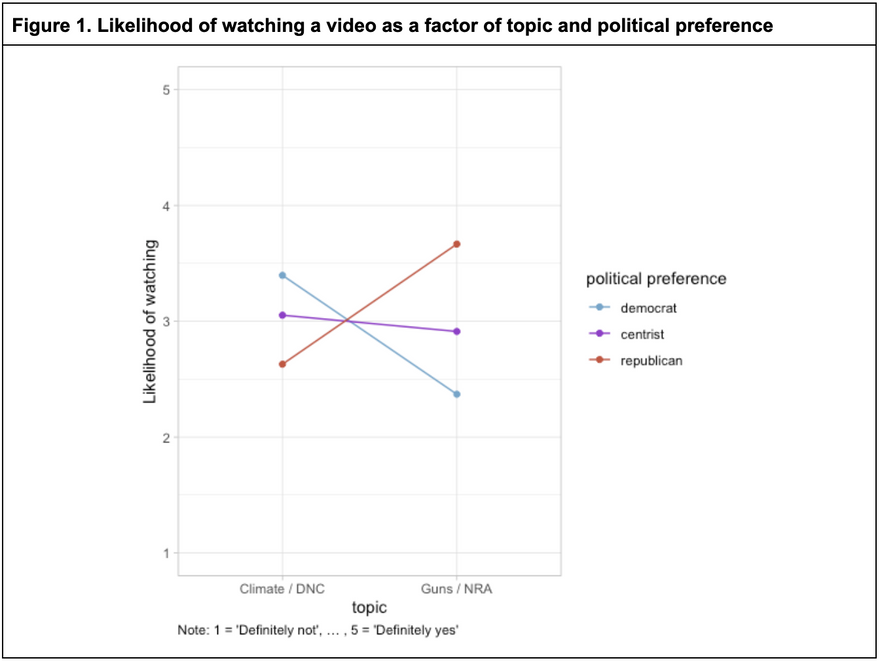 Are people looking for content by people from historically marginalized groups?

Next, we wanted to learn if people are sensitive to the identity of content creators and whether they belong to a historically marginalized group. To study this, we measured their rate of agreement with the statement: "It is important to me to read articles and watch videos created by people from historically marginalized groups (groups excluded due to race, gender identity, sexual orientation, age, physical ability, language, and/or immigration status)".
A majority (51%) of the people agreed with the statement, while only 18% disagreed. However, we saw significant differences between people as a factor of their political preferences and identity. Specifically, we found that those who identify as republicans were significantly less likely to agree with the statement as compared with democrats and centrists (see Figure 2). Additionally, people from the underrepresented groups sample agreed with the statement significantly more than people from the general population sample (for more details about the samples see the first part of this report). 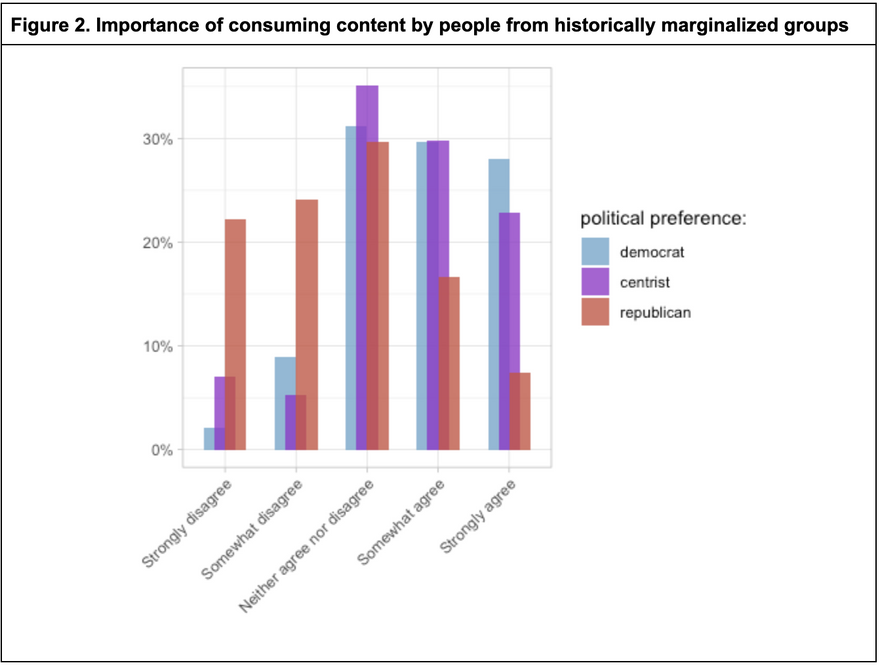 Do people see online content consumption as a way of showing support to causes and creators?

Most people in our survey see online content consumption as a way of supporting creators and causes they care about. Over 75% of the participants agreed with the statement: "By reading articles and watching videos, I show my support to the creators and the causes they promote". Figure 3 shows this was true regardless of people’s political preferences. 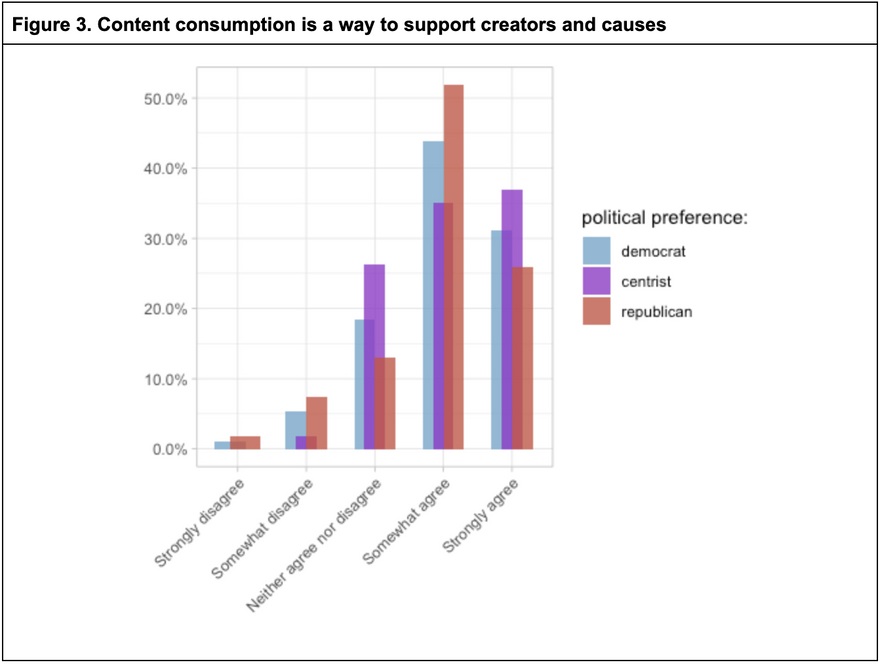 Overall our survey results are encouraging and provide initial support to our hypotheses regarding the possible link between the web monetization model and people’s choices of online content. We found that people are, in fact, mindful of the values and beliefs of the creators and outlets of the content they consume. We also learned that people see online content consumption as a means to support causes and creators they care about. These could be great news for activists and content creators overall, and especially for those belonging to underrepresented groups.

Experimenting with Web Monetizing Medium: Exploring the Possibilities of Generating Revenue from Medium as an author

The Weekly Roundup is back on schedule!