The Interledger Foundation Community is a community of 1,189 amazing users

This week, we put the spotlight on grantees. Also, new grant reports, Stefan Thomas shares his thoughts on the state of Blockchain and Erica Hargreave to host next week's ILF Community Call Tipping Party!

The Grantee Report is an ongoing weekly series featuring a grantee and the details about their project with our community. Recently, we put the spotlight on grantees Erika Kitzmiller, Hostbeak Kreators, PeerPay, and Gradual. 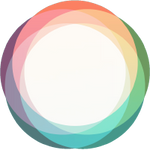 Gradual's goal is to empower members of the Web Monetization community with a safe and accessible space to learn with others as we grow into a healthy, social and connected ecosystem. Gradual hosted two workshops within the Web Monetization community and launched a dedicated GftW skill sharing space where members can share their learning intentions.

Hostbeak Kreators through training and mentorship empowered 276 African creators to design their own personalised websites with their preferred domain names, and the ability to monetize their content on the web. An innovative solution supporting content creators in Africa and creating a community that would influence greater impact on a wider scale.
Learn more about this initiative here. 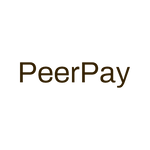 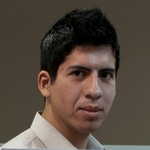 PeerPay - a new platform for people and companies - is pleased to announce that the first version is available for use by users. PeerPay, via the Interledger Protocol, seeks to enable financial access to one billion people who currently do not meet the requirements instituted by financial institutions. Interested to learn more about the wonderful work being done by PeerPay, read the Nestor Nicolás Campos Rojas update report on the work done to date at the link above. 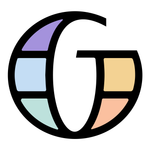 Did you miss the discussion on “The potentials and limitations of web monetization for grassroots, community-based projects” at our last community meeting held on May 23, 2022 hosted by grantee Erika Kitzmiller. It is not too late to tune in and learn about the 11/30 Youth Project, a youth-driven first-person storytelling project that showcases the voices and stories of marginalized individuals.

Every quarter, the Project focuses on a different theme. This quarter’s theme aligned with the Pride Month celebration.

Learn more about the initiative and what they’ve been up to, you can view the community call here. 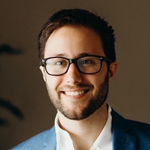 Our project is a microgrant program that funds designers of marginalized identities making web monetized games via Story Synth a web based storytelling game platform.

We kicked off our microgrant program in the winter and had a strong first wave of applicants. We’ve since approved and disbursed 59 microgrants of $300 each, all going to game designers of marginalized identities. An initial wave of grantees have finished their games and many more are in the late stages of playtesting. We still have a few dozen microgrants remaining so please help us get the word out!

On the technical side, Story Synth has a new set of features tied to web monetization. We’ve added a number of extra features in response to grantee requests. Along the way we’ve also taken steps to increase platform security and accessibility and also made it approachable and flexible for first time game designers.

Tim Astley shares final report for project Lowering Legal Friction that aimed to create a suite of key legal contracts and policies covering the most common web monetization use cases.

Project Update
This is our final report on the Grant for the Web funded part of our Lowering Legal Friction project. The aim of this project was to create a suite of key legal contracts and policies covering the most common web monetization use cases. These documents can be used freely to implement a compliant legal framework for web monetized services or as starting point for more cost effective legal advice – hence the Lowering Legal Friction name.

Our biggest challenge and the area where our project evolved the most was how to best make the documents available. As planned we are open sourcing the documents under Creative Commons Attribution Licence 4.0 at git.law, but we also wanted to make the documents available in an automated and accessible manner which allowed customised and service specific contracts to be created without the need for editing or completing a lot of blanks in the documents with prompts like “[INSERT COMPANY NAME HERE]”. We talk about the challenges we faced and how our approach changed in this regard in the Progress Update section. 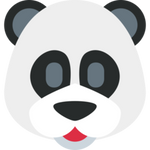 Project Update
The project was definitely much harder to complete than I expected. This is really down to a few things. During the project term, I changed jobs and my new job was much more demanding than I expected. Which meant I had to fit my project hours in late at night which lead to me being constantly tired. Then unfortunately I had a family tragedy which derailed the project for a few weeks.

On the project side of things, the Coil implementation took a long time. Even getting approval takes a while but it was the implementation of the project that took the majority of the time. It was difficult because I hired quite junior developers who worked on the authentication part of the project and had moved off the project by the time I was ready to implement Coil. They had implemented some strange behaviour in the backend middleware which took me ages to resolve. The reason I decided to go for junior developers to work with me was that the more senior developers I was coming across were charging me 3 times the amount without guaranteeing they would finish the project. The end result was that the project ran behind the expected timeline. In hindsight what could I have done better I should have implemented a Pull Request review system for the junior devs.

Progress on objectives
Code Angelz was created to address several problems, one of the major ones is that answers on developer Q and A sites are often out of date or top-rated answers are no longer the best answer on the page.

I tried to fix this by providing an incentive that would keep developers engaged and willing to improve out-of-date posts. By using a revenue share my circle of friends have told me this would inspire them to keep content up to date. But they also fed back to me about some of the barriers to entry the main one was signing up for the Uphold digital wallet. They found the KYC part quite intrusive, but this is to be expected.

Stefan Thomas on the state of Blockchain 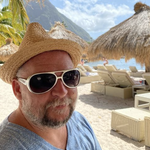 Stefan Thomas on the state of Blockchain

Our Interledger Foundation Board Chair Stefan Thomas
published timely thoughts about the Blockchain hype, backlash and a way forward. He focuses on interoperability issues and what the Interledger Protocol is doing to advance the open architecture of digital payments. Also a fun history lesson on the web!Blockchain Is Stuck in the 80s

First it was LUNA. Now, it’s Celsius. These are the types of projects that seem to make sense on the way up but less so on the way down. That they got so large and out of hand is a reflection of blockchain’s ongoing pain point: So much of the space is still built on hype and speculation rather than value-adding use cases.

We are thrilled to invite you to attend a Web Monetization Tipping Party to celebrate the end of the first full year of Community Calls! Bringing us full circle, one of our first Community Call hosts, Erica Hargreave!, who has now joined us as a Web Monetization Ambassador will be hosting the party on Wednesday, July 27th at 11:00 am Pacific / 2:00 pm EDT / 6:00 pm GMT.

We want to take a moment to celebrate the various digital creatives in the community who have been experimenting with the Web Monetization Standard and Web Monetizing their digital assets.

Join in the fun as we immerse ourselves in the digital creations of our fellow Web Monetization Community Members, and spend some of our free pre-paid tips courtesy of the free Coil membership that those attending will be gifted as a party favor.

To Register for the Tipping Party:

Sign-Up via Eventbrite, and closer to the Tipping Party we will send you the specifics on the location of the ‘virtual gallery’ for the party. The gallery will also be open 12-hours either side of the party, so that you can peruse and tip projects at your leisure.

Looking forward to seeing you on July 27th, and indulging in your Web Monetized digital assets at the tipping party!

We are taking the month of August off and will be back in the Fall with more Community Engagement opportunities.

We hope you’ll join the party and have fun tipping!

Once suspended, interledger will not be able to comment or publish posts until their suspension is removed.

Once unsuspended, interledger will be able to comment and publish posts again.

Once unpublished, all posts by interledger will become hidden and only accessible to themselves.

If interledger is not suspended, they can still re-publish their posts from their dashboard.

Once unpublished, this post will become invisible to the public and only accessible to Ayesha Ware.

Thanks for keeping The Interledger Foundation Community safe. Here is what you can do to flag interledger:

Unflagging interledger will restore default visibility to their posts.